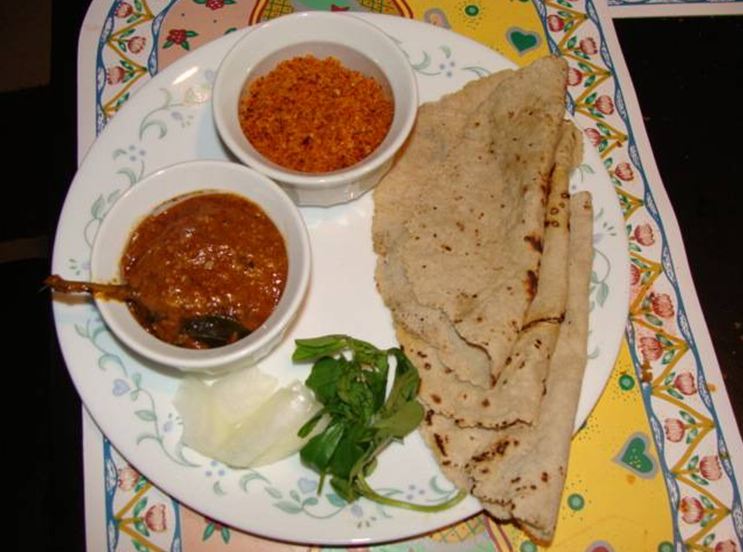 Jolada roti or Jowar bhakri is a must in any North Karnataka house. It is an unleavened Indian bread made out of jowar (Sorghum), which is not just delicious to taste but also contains good source of nutrients. The Jolada roti is a staple diet of most of the districts of North Karnataka, where it is eaten with pulse curries such as Jhunka, Enne Gai or with assorted chutneys.