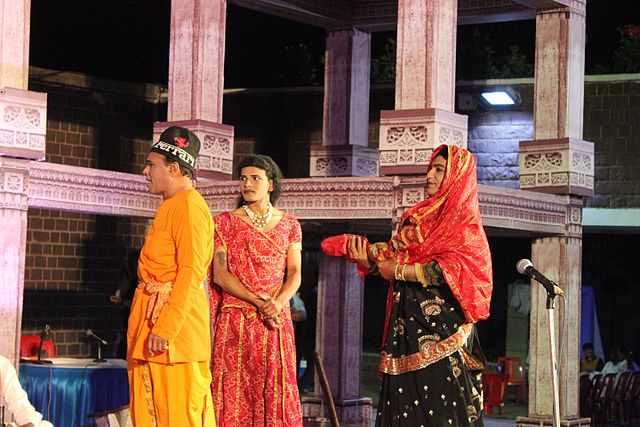 Bhavai is a popular folk theatre of Gujarat which is performed in villages and temple grounds by performers who belong to a caste known as Taragalas from North Gujarat.

Bhavai is believed to have originated in 14th century Gujarat. Its name might be from the Sanskrit word “Bhava” meaning feelings or emotions. But it is also associated with goddess Amba (Aai) who is considered the presiding diety of Bhavai.

A Bhavai drama portays people from all strata of society. It critiques the social life and issues with witty humor, which is the speciality of a Bhavai. The drama unfolds through songs, dialogues and speeches in prose as well as verse. There is lot of dancing and singing in Bhavai. A performance can last for an entire night and has no any stage equipment. Women performers are not allowed hence the male artists perform women roles, which makes the drama more enjoyable.